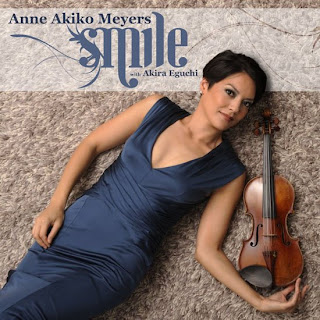 I know what you're thinking. Where's Enzo been?

In a nut shell busy as usual. I also went up to Mount Washington in November with the Regulars to do a little training. In December I was let go from the architecture firm where I worked along with another person, so it seems I’m out of work with the rest of the world at the moment. The economy is really squeezing us all isn't it? At the end of December I drove out to Kansas with Eileen and Jen from the Regulars to visit Mary (who you can find on my top friends list). It was an epic drive to say the least. We stopped by Anne's parents house along the way to Mary's and they had us in for coffee which felt great after having driven so long on the highway's out to the middle of America. It was a 24 hour drive out there, where we spent about 2-1/2 hours with Mary in Junction City Kansas. Then it was a 26 hour drive home. It's all been a great experience to help grow from. But this is not why I wanted to post a blog tonight.

I really wanted to turn you all on to a great friend and one of the worlds greatest solo violinists of all time. Her name is Anne Akiko Meyers.

Anne has inspired me with her drive, her passion, her inner light, and she has re-reminded me that great accomplishments can be made by people who are deeply committed and passionate about what they wish to achieve in this life. To me the best word to use in describing hearing her play is the word - picturesque.

I have always since I was young listened to music in a slightly different way than most. When the music is as fantastic as Anne's, and the performer so in tune with what a piece of music is all about. Music is far more than just music. It's a language that whispers and shouts to you. It moves you from this place and pulls you into a world of it's own. Music literally creates imagery, it paints portraits, it becomes architecture and lets us run through it's streets driven on the emotions it pulls from you.

Just how much music means to me ... I can't even begin to describe. Actually on our website - in the history section - I tried to make a small attempt at describing how it has influenced me through life.http://www.theregulars.org/

In addition to being a giant among musicians, Anne's very passionate about her causes and cares about the people around her. I was really happy and honored to see that she had even mentioned my team - the Regulars - and our quest to conquer Alzheimer's and Parkinson's among her favorite causes.
You can check out her web site and causes at...http://www.anneakikomeyers.com/

So, I was hoping that you might be just as inspired as I was to fall into Anne's MySpace page. You can find her on my MySpace Top Friends List. Stop by and add her to your friends list. She has a new CD coming out this February which is called - Smile. As it turns out she’ll be in Manhattan playing a really intimate show for her CD release. I’ll be there on February 3rd. at 7pm with a few friends and if you know you’ll be in the area come out to meet up with me it’s going to be a great time!

I'm sure if you can find a bunch of great videos of her performing if you google Anne Akiko Meyers.
http://www.youtube.com/watch?v=nqXqC80px0M

I hope you're all having a great 2009 and if you ever see me slipping and not coming by your page to say hi every once and a while... give me a kick and say Hey where've you been???!!! All the best and World up!

My dad was diagnosed with Parkinson's disease his symptoms were shuffling of feet,slurred speech, low volume speech, degradation of hand writing, horrible driving skills, right arm held at 46 degree angle, but now he finally free from the disease with the help of total cure from ULTIMATE LIFE CLINIC, he now walks properly and all symptoms has reversed, he had trouble with balance especially at night, getting into the shower and exiting it is difficult,getting into bed is also another thing he finds impossible.we had to find a better solution for his condition which has really helped him a lot,the biggest helped we had was ultimate life clinic they walked us through the proper steps,am highly recommended this www.ultimatelifeclinic.com to anyone who needs help.