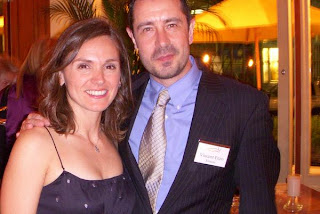 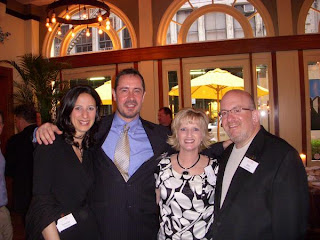 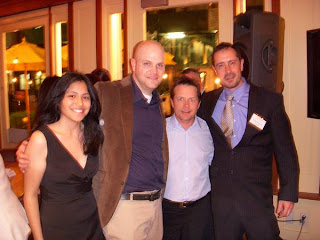 Sorry for the insanely long long long absence guys. There has been so much going on in the last few months. I’m so tired. I’ve just signed up for another Architecture Exam and need to fit studying into my schedule as well. I’ve even neglected my training for the last 6 weeks or so, but don’t worry I’ll get back in the saddle again ASAP to I can cannon ball it up Mount Hood with my team. I feel terrible to stay out of touch for so long. I really need to start digging back into my memory banks to write them down for you. But, before I dig back too far let me start with the past week.

It was pretty wild.

I really hate to miss work, because I feel like even being out one day puts me way too far behind. So being out on both Thursday & Friday this past week was really pushing my limits. I haven’t even told my bosses that I’ll be away for about 10 days in July while “the Regulars” climb Mount Hood and then shoot additional footage for the documentary.

So Wednesday night after work Jen (the Producer of the film documentary) drove up to Westchester County to begin a few days worth of background film footage on “the Regulars” team mates who live in and around my area. Ultimately it would be Eric, Dan Tyler & I. She & Eric met up with me in Mount Kisco for dinner which was pretty fun. I hadn’t seen Jen since we left Ecuador in September 2007. Eric on the other hand was lucky enough to fly out to California about 2 weeks ago and visited with Jen for a day. We actually called it a night pretty early (at least by my standards) because we needed to get up early for shooting the film the following morning.

Thursday, we got up and headed down to the center were my mom is cared for during the day but were asked if we could reschedule to Friday morning. No huge problem there just a matter of coordination. So, Jen and I headed down to New York City. All the way downtown is the Michael J. Fox Foundation Headquarters, and we were scheduled to stop in for filming backgrounds in the offices. It was great to actually see the inner workings of such a fantastically driven organization. We met so many of the people we had previously only spoken t on the phone or traded emails with. While filming in the offices Jen stopped short at one point and said “Hey that’s us”…I was wondering what she was talking about and then I saw the banner we had carried to the top of the Volcano Cotopaxi during the last expedition climb. It had all our signatures on it just as was the last time we saw it. Actually you can see it in the MySpace Trail Called Hope II – Ecuador photo album. As it turns out, hanging just under that banner was the A Trail Called Hope - I – Mont Blanc banner with all those signatures on them (also in the appropriate MySpace A Trail Called Hope – I - photo album). It was wild to see that they were being saved and hanging there one after the other.
Although my hope is that cures are found very shortly….I’m committed to carry on with all our expeditions right on through to Everest in 2015 if the cures have not been found. And I’m sure they’ll keep piling up the banners right on top of each other, one year after the next.

Later on that afternoon we headed North to Putnam County where we filmed Eric at work coaching his all girl high school soccer team. The girls team is actually the Regulars very first “Street Team”. They held a charity soccer tournament for us this past fall. Jen and I collected a bunch of great footage here and the girls were as funny and talented to watch as they usually are. We were keeping our fingers crossed on the way up there because the sky was supposed to rain on us, but it held out. As it turns out it even made the sky look pretty extreme to the camera’s eye. The producer should be getting some great images in that session.

Following this we headed back South to my parents house in Westchester County, where the producer wanted to collect footage of my parents at the tail end of a typical day. All I can say is that it was a challenge to keep my mom (with Alzheimer’s) from ignoring us like she was supposed to.

On Friday morning Jen & Eric woke up early and headed back to my parents house (which is coincidentally just down the road from Eric’s house). It was time to document the early portion of my mom’s day, so we headed back down to the center to drop my mom off for the day. Jen got some pretty emotional footage while there.
Friday night Jen the producer, Jen my wife and I drove back down into Manhattan, for the Michael J. Fox Foundation’s Team Fox MVP Dinner. It was a great time. We shot some footage, took some photos, and met up with a bunch of new and old friends (and warriors). Big Ken & Ann Glowienke from “Focus on a Cure” were both there as always. We sat together for dinner with Dave MacNiven & Dana Barden (a few of the MJFF / Team Fox directors). As many of you already know…Ken and Ann are the masters when it comes to coming up with ideas for events, and how to orchestrate them. Ken is also one of the very first of the Team Fox Teams to evolve up the ladder so to speak by pushing to create his very own 501c3 charity, which is an accomplishment in itself. “The Regulars” are actually just now beginning this process to become a 501c3 as well. Although a 501c3 is not recommended for everyone to go through, in our case given the on-going aspect of our charity it is helpful.

The foundation premiered their new Promotional Video which was great. By the looks of it …if they didn’t show every single person who organized a charity event for them in 2007 – they came pretty close to it. I got a chance to meet some of the other people featured in the promo film like…Katie Clark, Gary D. Leith, Roy & Sharon Greif, Katie Heteji. These people have all set very high standards and have raised the bar on great accomplishments in fund raising. For example Mr. Leith raised more than $100,000 last year, and Mr. & Mrs. Greif raised over $70,000. The Katie’s were both driven and imaginative & innovative with their ideas which I really hope they expand on in the coming years!

I feel like such a beginner next to them, but you know what I wouldn’t have it any other way at the moment. Every day I learn more and get better at raising awareness and funds for research, and all the things which I don’t yet know drive me to learn more and improve. So …one step at a time I’ll get there.

I also met a few people at the MJFF – Team Fox MVP Dinner who said they just might even consider climbing on my team at some point down the line, which is fantastic. Parkinson’s is a global problem, so team mates can come from anywhere people live. The world is the arena. In this war against Alzheimer’s and Parkinson’s Disease we’re not here to take prisoners; we’re here to set them free.

There are ton’s of people helping Team Fox to raise funds for research now and there are so many ways to get involved in raising awareness and funds. The limit’s are endless. People try athletic events, cooking, dancing, you name it. But I’ve got to say that for as many people there are stepping up to the plate to swing at knocking these diseases out of existence….there are still not enough.
If everyone does a little, much can be done, but only you can take the first step to take action. The world will not hold your hand on this, and that’s part of the challenge because you’re getting involved may not be easy. In the end when cures are found, the reward is in knowing you played a part in helping to find them.

So back on track, we were basically off of filming on Saturday. I had my niece’s first communion to go to most of the day, and Jen went out on a hike with Eric.

Sunday, we got back to our filming schedule and headed out to the back country (if that’s what you can call it in Westchester County). Jen, Eric & I met up with Dan & Tyler to do some training out on the trails in Pound Ridge Reservation, while Jen maneuvered around us getting a little more background footage for the film documentary. It was a great time.

Anyway with all that being said…there is still so much more to be done. This week I start to record some music which may be considered by the production company for use in the soundtrack of the documentary, so I’ve got to find a little time to get into the studio and begin crafting.

But for now, I’ve got to get back to work.